In the May edition of this newsletter, we explained the significant benefits you receive from hydropower. We also made note that the Northwest’s federal hydro system, which supplies a majority of the region’s carbon-free renewable energy and underpins its economy, has been a constant target of litigation by advocates for rivers without dams. In this edition, we have highlighted some of those threats, while also sharing the good news about what’s being done to preserve this precious generation resource and what you can do to protect our region’s hydropower advantage.

H.R. 3144 — Good news for the Northwest and the federal hydro system that powers it.

H.R. 3144 is a common sense approach that keeps the Court from experimenting with operations of the Northwest’s federal hydro system, which provides 90 percent of the Northwest’s renewable energy, and maintains our economy and quality of life. This bill is good for Montanans because it will help keep energy costs and uncertainty in power supply down, while keeping the 2014 BiOp’s measures and operations in place to protect and restore listed salmon species.

How this affects you.

The NW’s hydro system and its multiple benefits (flood control, affordable power, irrigation, farming, navigation, trade and recreation) for NW families and businesses needs to be protected. This is critical in keeping our electric rates affordable for Flathead Electric members. In addition, the impacts of dam experimentation, if required by the courts, would add costs and would potentially have harmful impacts on salmon.

What you can do about it.

Contact Montana’s congressional delegation (Sen. Jon Tester, Sen. Steve Daines, and Rep. Greg Gianforte). Encourage them to support H.R. 3144 and to work with their Washington, Idaho and Oregon counterparts to help get it passed. Flathead Electric thanks our members for their assistance in protecting our hydropower—the most clean and renewable form of energy generation that exists today.

Today, there are more salmon in the Columbia River than at any time since the first lower Columbia mainstem dam was built at Bonneville in 1938. (Source: nwriverpartners.org)

As a not-for-profit, member-owned Cooperative, Flathead Electric’s top priorities are to provide affordable rates and reliable service. To that end, we operate with a streamlined workforce, implement energy efficiency measures, and preserve the integrity of our infrastructure by regularly monitoring and upgrading our distribution system. Another priority is to keep you informed about general costs of operation and other noteworthy data. The following are some current Co-op Counts: 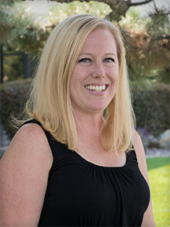 What do you bring to your Co-op?
In a word – passion. No matter what I do, I do it with energetic fervor. I work in the Geographic Information Systems (GIS) department at the Co-op. I have the distinct pleasure of loving what I do. As anyone knows, when you love what you do it never really feels like work. I attended Montana Tech and have a B.S. in General Engineering. My background has contributed to that passion and opened the door for me to be a part of the cutting-edge, innovative crew here at the Co-op. Additionally, I am a member of the Transformative Technology (T2) Team that worked together on all the details of acquiring, installing and studying a Tesla Power Wall and solar array currently located at the Flathead Youth Home. As technology changes, we want to be able to continue to supply reliable power to our members, and that means studying the latest innovations and industry trends.

What’s the best thing about working at FEC?
Easily, the best thing about serving Flathead Electric is being an ambassador for our 50,000+ members. The driving factor in any of the Co-op’s decisions is member-centric. You can see this community investment in everything that we do, from Roundup for Safety to the Community Solar Project. I consider it an honor to get to be part of a dynamic team that provides reliable and affordable power to our community.

If you had a super power, what would it be and why?
I am a classic over-thinker, so any of your run-of-the-mill super powers would also have downfalls, so I wouldn’t pick any of them. That said, my “super power” of choice would be to eat whatever I want without any of the normal worries or consequences…of eating whatever you want.

In 2016 alone, local Lions Club members screened over 9,000 kids for vision problems. From those screenings, they identified hundreds of young people who received early intervention in eyesight-related challenges. Even more area youth will now get the help they need, thanks to a $6,500 grant from Roundup for Safety to purchase an additional vision screening device. According to Lions Club member Frank Garner, Dave Falcon is the “driving force” behind this effort.

“Dave has helped arrange thousands of volunteer hours to assist with screenings so they can be provided for our children free of charge. Many of these kids received glasses or other treatments through the program that helped save their eyesight,” says Garner.

The Lions Clubs in Kalispell, Evergreen, Whitefish, Columbia Falls and Eureka provide vision screening for kids six months and older. Falcon says the program has flourished over the past five years.

“This last school year, we screened 9,207 children. 802 needed follow-up care with an optometrist or ophthalmologist. We would like to sincerely thank Roundup for Safety for financially aiding us in helping the children of Northwest Montana.”

All applications for Roundup for Safety funds should now be submitted online.