Magician has safety tricks up his sleeve

Ask any Flathead Valley student who has attended fifth grade in the last decade about Dan Jimmerson, and they will likely remember him as “Dan the Magic Man” who taught them how to be safe around electricity. While Flathead Electric Cooperative has always provided safety programs in schools and during the Northwest Montana Fair, Dan took over in 2010 and, judging by raves the Co-op receives from students, their parents, and teachers alike, he gets his messages across loud and clear with the slight of a hand and the wink of an eye. Jimmerson, who many know as the magician in residence at the Backroom Restaurant in Columbia Falls, says he was bitten by the magic bug at the age of 12 when a family friend showed him a card trick but wouldn’t explain how it was done. “The magician’s code is never to reveal your secrets, but I had to find out how it worked. I ended up ordering a catalog on magic, and I was like a kid in a candy store.” Jimmerson went on to collect tricks and practice magic in his youth, but says he was too bashful to perform.

“I was 32 before I did my first show. I think it was a birthday party for eight-year-olds, and I don’t think it was very good,” Jimmerson said with a chuckle. And, although he is too humble to say it himself, after that initial “nerve- racking” experience, Jimmerson persevered, shook off the shyness, and got very good at his craft—very, very good. He has performed across the country, including in the magic mecca of Las Vegas. Jimmerson says the Backroom gig was supposed to be temporary.

Although Jimmerson, 68, considers himself semi-retired, he’s still taking magic jobs, performing at the Backroom on Thursday evenings, working two days a week at Western Building Center, and teaching roughly 35 classes a year, which means he’s literally instructed thousands of fifth-graders on how to be safe around electricity. He also incorporates motivational subjects in his presentations and says he will continue to do them as long as he can and as long as he still enjoys them.

“I love teaching the course. It energizes me (no pun intended) every time I present it. I have to be an up, optimistic person in order to do my job correctly. I want school children to hear positive messages, and how there is opportunity everywhere we look. America is the best place on earth. Where else could someone make a good living putting on magic shows?”

Take Your Account Online
for a Chance to Win $500

We know that many things are challenging right now. Managing your electricity shouldn’t be one of them. The COVID-19 pandemic has most of us sitting at home, which is a perfect time to sign up for FEC’s online account and mobile app. This is a free and easy resource that we provide for our members to pay bills and monitor energy usage 24/7 from their computer or mobile device (and, most importantly, without having to leave their home).

Anyone signed up for an online account before May 31 (including members who already have online accounts) will be entered into a drawing for a $500 bill credit. Originally, this prize money was going to be given away at our 2020 Annual Meeting. Since the meeting was canceled due to COVID-19, we are happy to be able to award these funds in a different way!

Stay Connected with Your Co-op When times are tough, help is available.

Community Action Partnership of NW Montana administers the LIEAP (Low Income Energy Assistance Program). If you qualify, they can assist by paying a portion of your home heating costs. A COVID-19 Emergency Energy Assistance Program is also available now, as is Energy Share of Montana, as a last resort. Flathead Electric Co-op has help for members in need as well. For information or guidance on any of these energy assistance programs, please reach out to FEC at 406-751-4483. Stay connected by giving us a call. The Flathead Electric Cooperative Board of Trustees is now accepting applications for a District #2 representative to serve until the next annual meeting in 2021 at which time a Trustee from District #2 will be elected by the members. Online applications are being accepted through May 29. 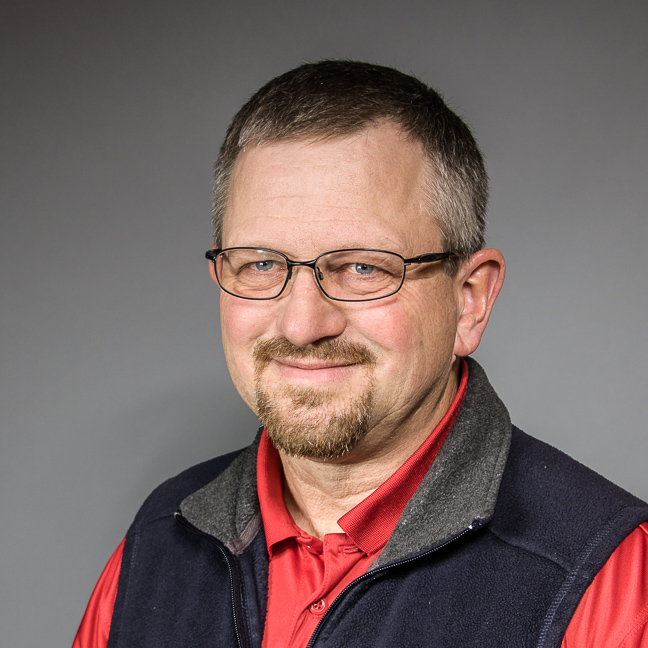 A. With thirty years of electric industry experience, I advocate for innovative changes and gradualism as it relates to rate changes to our members. I know every decision made at the Cooperative will impact the lives of the families that live and work in this valley.

A. The opportunity to work in an ever-changing and challenging industry, the privilege to work with talented co-workers, the support of the Co-op family, the freedom to express thoughts and ideas, and most importantly, the flexibility to actively volunteer with community and non-profit organizations.

Q. If you had a super power, what would it be and why?

During their April board meeting, FEC’s Roundup for Safety Directors accepted two urgent applications related to COVID-19. $10,000 was approved for Kalispell Regional Healthcare. Besides the $3,870 for bicycle helmets to protect kids from head injuries, $6,130 will go toward personal protection equipment for healthcare workers, firefighters, law enforcement officers and other first responders throughout the Co-op’s service territory. $5,000 was also approved for The Samaritan House for emergency shelter for our homeless population. The board was appreciative of the opportunity to help in these trying times and expressed gratitude to all members who allow their bills to be rounded up to the nearest dollar to meet these critical needs in our community.