Cryptocurrency and your Cooperative

What does your Co-op have to do with cryptocurrency? Turns out a great deal.

Cryptocurrency (Bitcoin is the current leader in the industry) is a digital asset, designed to work as a medium of exchange. But rather than rely on a central authority, such as a bank, the asset is controlled and managed by cryptography, which is the computerized encoding and decoding of secret information. The more computers at work “mining” for that information, the better odds of solving the puzzle and earning the asset, which can then be used as trade (just like money) or sold for profit. At this writing, the value of one Bitcoin was around $8,000.

Although the long term sustainability of cryptocurrency has been met with some skepticism, the price escalation of Bitcoin has fueled the currency’s mining industry worldwide, which has led to massive energy consumption. By most estimations, the Bitcoin network alone surpasses entire mid-sized countries (Singapore for example) in terms of electricity consumption, because one Bitcoin transaction consumes an average of 700 KWh – nearly as much energy as the average household in the Flathead Valley consumes in three full weeks. That’s where Flathead Electric Co-op comes into play. According to FEC General Manager Mark Johnson, northwest electric utilities have been inundated with requests for service from energy-intensive cryptocurrency processing loads. He says the requests started in Central Washington and have now spread across the region.

“Many electric utilities in the northwest, including Flathead Electric, enjoy some of the lowest electric rates in the nation due to the low cost of hydropower, so they are attractive to this industry,” says Johnson. “These utilities are now seeing an increase in the number of service requests, and Flathead Electric is no exception. While we certainly support economic development, we are also being met with challenges and concerns over mass power consumption.” The high-speed computers required to process Bitcoin transactions run 24 hours a day, 365 days a year, using up capacity that Flathead Electric has reserved for serving traditional growth levels. Cryptocurrency loads are mobile and very transient, with the potential to leave stranded costs to other Cooperative members members if they leave prematurely. Additionally, the rapid growth in electricity demand could ultimately pose a reliability risk to the Cooperative’s electric distribution system. With the sudden interest in locating to Flathead Electric’s service territory, Johnson says the Cooperative has not had time to fully assess the potential impacts.

“Because analyzing these loads will take significant time and staff resources, the Cooperative’s Board of Trustees has decided to take a step back with the institution of a six month moratorium (with an additional six months if necessary) on serving these types of loads. This moratorium will give staff an opportunity to evaluate the best way to handle these types of loads to mitigate the impacts to all of our members.”

How much energy is that?

Local requests Flathead Electric has received for these types of services have ranged in load size from less than a megawatt to up to 300 megawatts – enough to power the entire Flathead Valley.

What can you power with a one megawatt load in one year?

Do I really need to call? 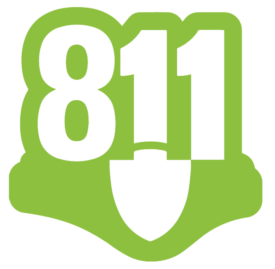 YES! These questions and answers explain why, even on small projects or those on seemingly well-known ground, you should not make a judgement call… instead, you should make a phone call to UDIG at 811.

Q. What if I’m only doing a small project like installing a mailbox?

A. Many utilities are buried just a few inches below ground. It’s always best to call.

Q. What if I’m digging in a spot that was previously marked?

A. Erosion and root system growth can alter the depth or location of buried lines, or your utility companies may have completed work on the lines since the last time you dug.

Q. What if I’ve hired a contractor or landscaper to do the digging project?

A. Be sure to check with your contractor or landscaper to make sure that the call to 811 will be made before digging begins – whether it means you making the call, or your contractor doing so.

UDIG is a free service that provides a single phone number for the public to call to have buried utility cables marked before digging. The purpose is to make the process safe for all concerned, by preventing injury and property damage.

Reconvening the Annual Meeting April 2, the Board of Trustees for Flathead Electric Co-op announced election results. Flathead Electric received certification from CPA, Tony Vanorny with auditing firm JCCS, that a total of 6,065 ballots were received. The certification stated that incumbent Trustees Emery Smith, Jay Downen and Alan Ruby were re-elected to the Board for another three-year term. The Co-op is governed by a nine-member Board of Trustees.

The Board and staff wish to extend a sincere thank you to those who voted and encourage members to continue to stay involved with your Cooperative.

Passion and trust. My childhood mentor was organizer and first FEC manager, Bob Gatiss. I remember sitting on Bob’s bridge while he explained how the flowing water below went clear to Bonneville Dam making electricity. Although powerlines crossed our properties, we did not have access to that electricity. That changed with establishment of the Co-op. As a former history teacher, I cannot think of an instance when regular folks were more triumphant than when the power of our rivers was harnessed for us.

Electricity is a crucial economic commodity. How we make it, receive it, and how much it costs are critical subjects. Being a Trustee with extensive involvement in Bonneville Power issues, helps me craft better solutions and answers to the question of: “How does this best serve FEC members?”

The ability to bring common sense solutions to the salmon fights and to educate the public that fish numbers going up our rivers look like those going up undammed rivers; that our dams were built for flood control (hydropower was an afterthought), and that hydropower is essentially solar power because when a sun produced raindrop hits the ground, it starts back to the ocean. Hydropower is also a super battery, keeping power reliable when wind and solar cannot. AND it’s carbon free – what a deal! 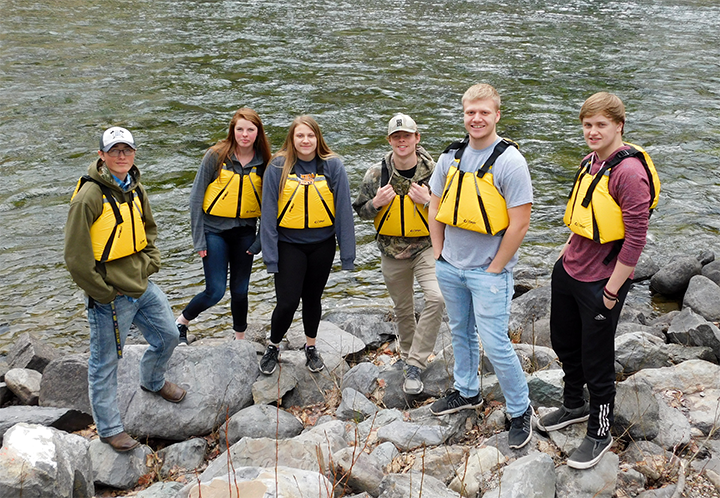 A $470 grant from Roundup for Safety was awarded to Bigfork High School for their GIS (Geographic Information System) course. Instructor Hans Bodenhamer says the money will be used to purchase new life jackets.

The class is planning to create underwater vegetation maps for several small lakes near Bigfork. They do this using canoes, collapsible survey rods, GoPro cameras and GPS units. In a similar project, the class previously created water depth maps for ten nearby lakes using borrowed life jackets. “Many of these life jackets were too small for the students or too bulky for them to safely work in and paddle canoes,” says Bodenhamer. “Having these life jackets will significantly improve the safety of the students along with their ability to work effectively. We greatly appreciate the members of Flathead Electric Cooperative and the grant from Roundup for Safety.”