While many utilities across the country struggle to find a clean, reliable and affordable power supply, Flathead Electric continues to enjoy the benefits of hydropower through the Bonneville Power Administration (BPA).

Although the BPA has capped the amount of low cost power Flathead Electric can purchase each year, the Co-op still obtains the bulk of its energy supply from BPA.

Flathead Electric also continues to explore alternative energy sources. According to FEC General Manager Mark Johnson, this has caused confusion among some members that the Co-op is phasing out hydropower.

“The opposite is true,” he says. “We need to look at other power sources to supply growth on our distribution system, but for the foreseeable future, we will continue to buy hydropower from BPA. We will also be vigilant to protect our members’ preferential access to hydropower as outside interests endeavor to limit hydro-generation in our region by working through the courts to try and remove the four Lower Snake River dams.”

While alternative energy sources are more expensive and the Co-op continues to see steady incremental rate increases from BPA, the good news is that the Co-op’s rates should continue to be among the lowest in the region, as they have been historically.

“It’s all about keeping perspective,” Johnson says, “and holding fast to our hydropower advantage.”

The Board of Trustees for Flathead Electric Co-op has announced the results of its election. A total of 6,803 ballots were received.

FEC would like to thank Paul Holland who has served on the Board since 2000, and Earl Messick (District 9 – Libby) who has served since 2002 and did not seek reelection, for their many years of service as Trustees. They have served our members with honor and distinction, and we truly appreciate their hard work and dedication.

Approximately 650 people (450 members) attended the 80th Annual Members’ Meeting held March 18 at the Canvas Church in Kalispell to enjoy breakfast, socializing and learning about their Cooperative.

Thanks to everyone who participated in the meeting. We’ll see you all again in 2018! 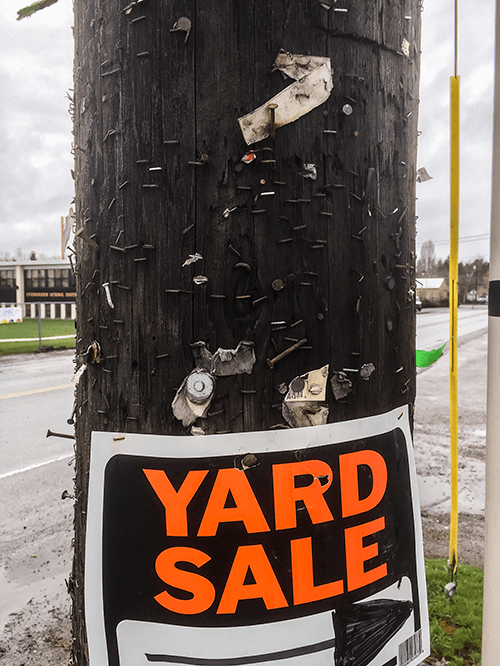 Often working in darkness, rain, wind, heat and cold to make sure members have power, FEC line crews are trained and equipped to deal safely with natural elements. Man made obstacles on poles, however, can cause dangerous and even life-threatening issues.

Yard sale season is a good time to remind members to never hang anything on power poles. This includes signs and fliers. Staples, nails, tacks and wire can injure line workers or tear the safety clothing that is their first line of defense against electric shock. The integrity of utility poles can also be compromised by damaging their surfaces.

What began as a fun art project in Libby has turned into both a fundraiser for the Central School, as well as a popular tourist attraction. Students in art teacher Todd Berget’s class built and painted wooden cut-outs of yetis and placed them in various wooded areas in Lincoln County. The Yeti (also known as Sasquatch or Bigfoot) has become widely recognized in Lincoln County as a symbol of the mystique of the area’s wilderness.

The students enjoyed just watching the cut-outs surprise unsuspecting people for a time, but then the Yetis started disappearing and turning up elsewhere. So, the students started selling them to benefit the school.

Flathead Electric Co-op Journeyman Lineman Cody Katzer commissioned the students to build the Yeti shown in this photo, which now hangs proudly on the FEC radio tower at the Libby Co-op office. With its authentic hardhat, climbing belt and gear, Berget says the Yeti lineman is “the talk of the town.”

Roundup Report: Providing a safer experience in the great outdoors 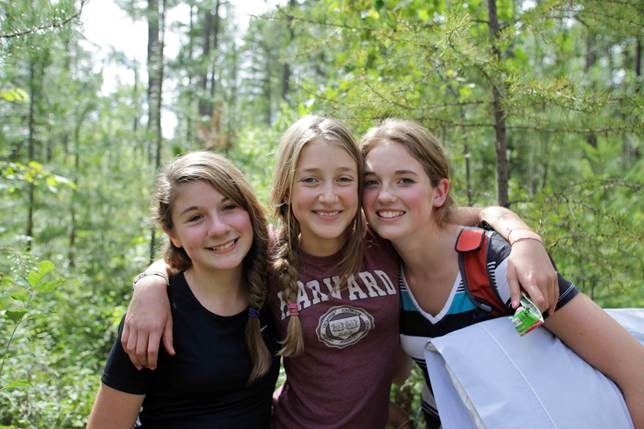 A Roundup for Safety grant will help keep kids and adults safer while enjoying the great outdoors by funding first responder training for staff at Ravenwood Outdoor Learning Center.
Founders Laura and Brett Holmquist witnessed the “nature deficit disorder” trend – kids spending less time exploring outdoors and more time plugged into electronic media. This inspired them to create Ravenwood, offering camps and other activities at their forested sites in Columbia Falls and Creston.

“We work with over 400 kids every season, often in backcountry settings, and this grant will enable us to keep our staff well-trained for any potential emergency,” says program director Jennifer Bresee. “Thank you members of Flathead Electric!”

You would never just walk away from $48, would you?

If you have an electric water heater and still haven’t signed up for the Peak Time Rebate Program, that’s exactly what you’re doing.

Signing up takes two minutes, you’ll help reduce your Co-op’s demand on the electric system, and we’ll credit your bill $48 per year. What are you waiting for?
Go ahead…