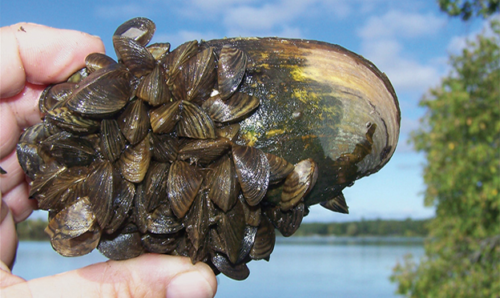 The way Montana funds its fight against aquatic invasive species (AIS) should be poised for a change when legislators meet for their next session in 2019; at least that’s the hope of those impacted most. You may recall from past issues of this newsletter that the 2017 Legislature revised laws (through Senate Bill 363) providing revenue sources for preventing the spread of AIS, which put a large portion of the funding onto Montana’s hydro-powered electric utilities. The impact on Flathead Electric Cooperative alone is $648,000 over two years. Another concern with the bill, according to FEC General Manager Mark Johnson, was the precedent it might set.

“We don’t want the state to utilize utilities, especially hydro utilities like Flathead Electric, to fund other statewide issues in the future, nor do we want to risk the bill being extended longer than the scheduled two-year sunset, as is currently in the law.” Johnson says Flathead Electric has genuine concerns about the spread of aquatic invasive species, noting that the Co-op has been voluntarily contributing to prevention education over the past few years. He says policy makers need to recognize, however, that AIS is an issue that affects all Montanans and that funding to fight it shouldn’t be assigned to only a subset of Montana citizens.

“I’m encouraged that legislators seem to be stepping back and analyzing the issue, and I hope that the outcome will be a funding mechanism that is fair for all concerned.” 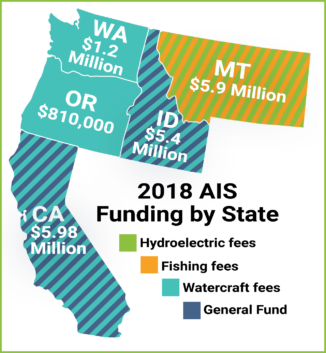 Flathead Electric Co-op Trustee Stacey Schnebel sits on the Upper Columbia Conservation Commission (UC3), which was established by the 2017 legislature to protect western waters from AIS threats. Schnebel was appointed by Governor Bullock to represent electric cooperatives in the Upper Columbia River Basin. Schnebel also recently attended a meeting of the Environmental Quality Council, whose legislative members are tasked with looking at alternative ways to fund the AIS program, and says she too, is encouraged by the conversations.

“There seems to be an acknowledgment that the tax (SB 363) was a backdoor fix made in haste and wasn’t an equitable solution for all Montanans. In fact, Montana is the only state out of the 11 with AIS programs, to pay for them by taxing hydroelectric facilities.”

“This is not Montana’s problem alone. These issues affect our entire region.” Schnebel has spoken in favor of the resolution and hopes to help get it adopted as well. 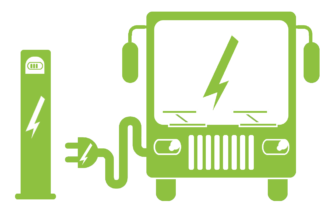 Whitefish School District will join other schools in the Valley in a study on the potential benefits of using electric school buses. David Bopp, an energy services representative with Flathead Electric Cooperative, is leading the study as part of a master’s degree dissertation. The study will look at historical data, such as bus routes, mileage and fuel efficiency, to determine the possible costs and benefits of incorporating electric buses in the Flathead Bopp said, in explaining the project to the Whitefish School Board.

“There have been a number of studies done already on this, but with the changing nature of the technology I’m going to be updating some of the inputs on the analyses and trying to bring in actual data from pilot projects going on in Massachusetts right now,” Bopp said. “With the idea being, in the end, if we have some positive outcomes and interests from the local school districts, we could potentially put together a grant application to the state to try to get a pilot program here to bring in a few electric school buses also.”

Bopp talked about using state grant money after Volkswagen manufactured and sold vehicles designed to defeat emissions tests while emitting nitrogen oxide pollution at levels 40 times more than allowed in the Clean Air Act. A total of $2.9 billion from Volkswagen was put in an Environmental Mitigation Trust to be used for projects that help reduce pollution.

“One reason I would like to get Whitefish’s data is that they’re currently the leader in the Valley on emissions concerns, and you already have a group that’s worked on that interested in this pathway,” Bopp said. The study is expected to conclude in May and Bopp expects to have results by the end of June, he said. 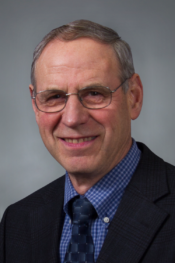 I bring a long and deep allegiance to the cooperative way of doing business. My roots are in agriculture and that is where many of the cooperative principals were born. Both sets of my grandparents were homesteaders in eastern Montana and were farming when McCone Electric Co-op brought electricity in 1945.

I have always been a member of a variety of cooperatives. I have served on a number of co-op boards and even helped start several. When board and management work together to implement their long range goals, it makes for a very effective co-op.

Often co-ops serve only a segment of a community but with FEC we serve the entire community. It is gratifying to know that we are touching the lives of all our neighbors as we strive to address the electrical needs of our area. Flathead is unique in this respect. Flathead Electric has a high commitment to training for trustees as well as staff. As a result these individuals are very astute at their duties. I feel trustees and staff have a high level of respect for one another and that makes for a pleasant working environment. I benefit in personal growth as I work with staff and trustees of such professional stature.

I would make it so we never had power outages! We have all become so accustomed to power at all times it is really disruptive when we don’t have it. 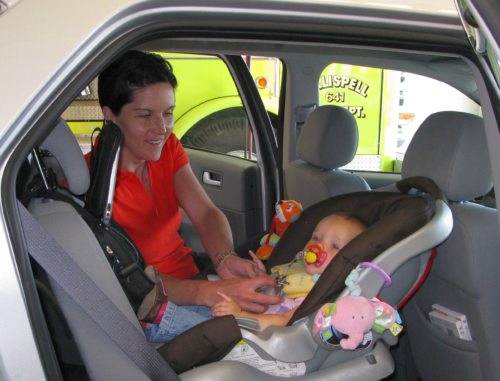 A $4,000 grant from Roundup for Safety was awarded to the Safe Kids Safe Communities Coalition of the Flathead City-County Health Department for their car seat program. In her application, Wendy Olson Hansen noted that motor vehicle crashes continue to be the leading cause of unintentional injury and death for children under the age of 14.

“One in three children who were killed in a motor vehicle crash were unrestrained,” Hanson says. But the good news, she adds, is that “child passenger fatalities have decreased significantly in the last ten years, primarily due to the proper use of cars seats.”

Hanson says that many families can only afford outdated car seats or those that are too small for their children. She says the Roundup for Safety grant will help them outfit their kids with new seats that are age and weight appropriate. The car seats will be provided and properly installed during various safety events in Flathead and Lincoln Counties throughout the year.