The right way to win the race to clean energy

Since we at Flathead Electric Co-op are fortunate to also receive the vast majority of our electricity from BPA, just like Mr. Barth we are keenly aware of the threats to this vital resource. By sharing this article, we hope our members will fully appreciate the key role hydropower plays in our country’s renewable energy future as a carbon free, affordable and reliable source of electricity. It’s the same old scenario. Government proposes policies that look fine on paper, industry pushes back to make the policy more logical, battles ensue and the public is left footing the bill.

When will we learn?

Washington state’s race to clean energy is nothing new.

Gov. Jay Inslee is on a mission to make our world a cleaner place to live. No one can deny that and at the heart of it, it’s a great mission. How we get there, however, is a messy and controversial discussion. The governor and Democratic lawmakers are well on their way to eliminating carbon-emitting resources. A noble goal–but what is the overall cost?

It is a question of cost that goes beyond dollars.

Lawmakers and state agencies must learn from the failed system that is known as California’s energy policy. Just like in California, where rolling blackouts have happened recently for the first time in nearly two decades, Washington’s energy industry experts have begged and pleaded for lawmakers to understand that solar and wind production cannot be the primary source of energy production to replace “on demand” power sources.

Washington industry experts warned that the policies for which California policymakers were pushing, would create a perfect storm; they were right, and it reared its ugly head on Aug. 14, 2020. The state experienced extremely hot temperatures just as Californians were coming home from work. This is also when the sun was setting, causing solar power to become obsolete. The wind also wasn’t blowing, meaning no wind energy was being produced.

The results were dire. Rolling blackouts occurred across a scorching California, leaving ratepayers in the dark, without air conditioning and looking for someone to hold responsible. The blame landed solely on utilities — the very entities that had been warning lawmakers of this very issue. The governor claimed the state failed to predict and plan for these power shortages. While that is true, he refused to admit to Californians that he and his government had numerous warnings and ample time to correct the issue, yet had ignored them.

Just like California, some of our lawmakers continue to turn blind eyes and deaf ears on the warnings being given to them by industry professionals. California’s governor, along with his lawmakers failed the people of California. If they aren’t careful, Governor Inslee and his legislators will fail us as well. The good news is Washington state has an energy resource that most states do not have — hydropower. This renewable energy-producing giant provides nearly 60 percent of the Northwest’s electricity and 90 percent of its renewable energy. With no emissions, the dams in the Columbia Basin preserve our fresh, clean air, which is what the governor claims he wants.

According to a Harvard study on Realizing the Value of BPA’s Flexible Hydroelectric Assets, low-cost hydropower is the cornerstone of the Pacific Northwest electricity supply. Hydroelectric projects with installed capacity of over 33,000 MW provide about two-thirds of the region’s energy and nearly one half of the region’s generating capability.

The Northwest Power and Conservation Council conducted a resource adequacy study and found that over the next decade, a significant amount of base load generation will retire. Between now and 2028, announced coal plant retirements add up to as much as 4,800 megawatts of generating capacity — nearly enough to serve five cities the size of Seattle. We must have reliable energy producing resources that don’t require specific conditions to produce.

The bottom line is that hydropower is the reason we have clean power, some of the cheapest electrical rates in the nation and our power supply is constant and reliable.

If the governor is successful in making the state rely on solar and wind as the primary source of power, it is not a matter of if blackouts will happen, but when! It’s time we learn from the mistakes made in California and correct our government’s actions for a better and brighter Washington future. 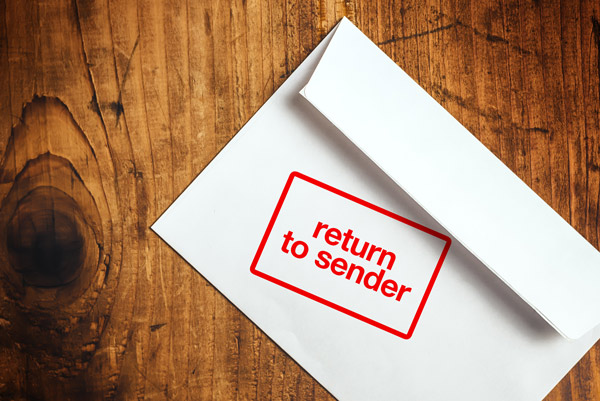 Capital credit checks were issued to Flathead Electric Co-op members in December. Checks for some former members, however, went unclaimed because the Co-op does not have their current address. A full list of unclaimed capital credits is available on our website.

Remember, because capital credits may not be retired for several years, it’s important that you keep the Co-op informed of your current address. A list of unclaimed capital credits is updated quarterly and housed on our website.

Flathead Electric Co-op offers over $117,000 in scholarships each year Individual scholarships range from $1,500 to $6,000. The applicant or their parent/legal guardian must be a member of Flathead Electric Cooperative, served by the Co-op at their primary residence. Students eligible to apply for scholarships include:

Scholarship money must be used to attend an accredited post-secondary educational institution in Montana. FEC scholarships are funded by unclaimed capital credits, which are dedicated to educational purposes by Montana statute.

As winter storm season is upon us, Flathead Electric Cooperative Linemen want to take this opportunity to remind our members: If you come across a downed power line, never EVER touch or go near it.

Coming into contact with an energized power line will kill or seriously injure you. And there’s no way for you to know just by looking at it whether a power line is energized or not. Even professionals in the industry never assume a power line is safe, and neither should you. Our motto is: if you want to survive, assume it’s live. A. My wide variety of experience helps me to connect with members who are industrial, commercial and/or residential.

A. The best thing is when you are in a conversation with a member and find that “aha” moment of understanding or solving a problem.

A. Energy control and transformation. If I could control and transform all forms of energy into electricity, we could all enjoy the affordable, reliable, clean and renewable energy we receive from our hydro-system.  And if I could sense and control the molecular energy of cells, I could not only cure sickness, but I could also make my hair grow back.

A $10,000 Roundup for Safety grant will help protect members of the Flathead County Sheriff’s Posse, by providing them with bullet-proof vests. As an independent volunteer organization, they are responsible for obtaining their own equipment. Approximately 60 uniformed members now assist on emergency calls to secure crime and fire scenes, warrant searches, onsite detention services at the hospital, and patrol. The Posse works most of the larger public gatherings in our Valley as well.

Get Social with FEC