All Flathead Electric members (anyone who pays a bill to FEC) are invited to attend the Co-op’s 81st Annual Members’ Meeting on Saturday, March 10, at Canvas Church, located at 255 Summit Ridge in Kalispell.

Registration and breakfast will begin at 8:30 a.m., and entertainment by local 1950’s Rock n’ Roll band Zino and the Bel Aires will kick off at 9 a.m. The business meeting will get underway at 10 a.m. and adjourn by noon. Child care will be available. Members in attendance will learn about the financial stability of the Co-op and Flathead Electric’s continued focus on innovative technologies, power supply, rates and energy efficiency. They will also hear from those running for Board of Trustee positions.

There will be prize drawings for those in attendance, including the grand prize of a $500 energy bill credit. Four $500 scholarships will also be awarded to area high school seniors planning to enroll at an in-state college or university. To be eligible for scholarships, the students’ parent or guardian must be a member of Flathead Electric and the student must be present at the meeting to win.

Staff and Trustees look forward to visiting with members at Flathead Electric’s Annual Meeting, and recognizing the Co-op’s 81 years of service in our community.

Three seats on the Flathead Electric Board of Trustees are up for election this year. Potential candidates must be members of the Co-op and live in the district they wish to represent. The nominating petition requires 25 signatures from Co-op members who also live in the candidate’s district. Nominating petitions with a photograph and biography (100 words or less) are due to the Co-op by February 22.

Candidates will have the opportunity to give a three-minute speech to the membership at the Annual Meeting on March 10. Ballots will go out March 9 for a mail-in election. For more information or to obtain a nominating petition, call 406-751-4444. 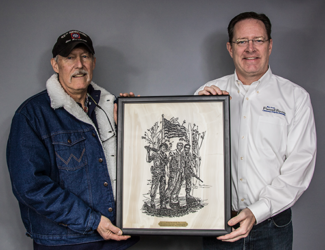 With the help of FEC Assistant General Manager, Jason Williams, the veterans were able to secure a power source for the traveling exhibit rather than having to use a generator. Shepard commented that it was, “the quietest exhibit to date.” FEC partnered with River Valley Electric, who also volunteered their time and resources.

Because more people from Flathead County per capita served in the Vietnam War than anywhere else in the nation, it stands to reason that the County has more veterans per capita as well. Shepard says 13,000 people visited the traveling wall in just three days while it was on display in Kalispell, which topped visits in cities with much larger populations, such as Billings and Spokane. 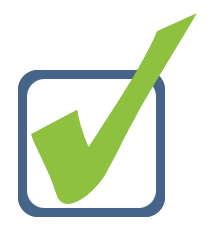 As part of Flathead Electric Co-op’s ongoing effort to best meet the needs of its members, we are participating in a national survey on how different generations and segments of electric cooperative members interact with and view their electric provider.

Surveys of Flathead Electric members will be conducted by Bellomy Research via phone and email with a sample of Co-op members from various age groups (so, if selected to participate, you will be asked to provide your age). The survey is expected to last no more than 12 minutes.

Calls will be made primarily during weeknights from 5:30 to 8:30 p.m., with weekend calling limited to Saturday only (no calls on Sundays or holidays) from February to March.

The Co-op encourages members who are contacted by Bellomy Research to participate in the survey, as your feedback is very important in helping us provide the best possible service to all members.

3 quick tips to save money on your bills this winter

Flathead Electric’s expert energy advisors are available to talk with you about ways to invest in greater energy savings with more efficient appliances, windows, insulation, or other efficiency projects. You can reach them by calling 406-751-1875 or visiting Save Money & Energy. Here are a few quick and easy ways to save:

Wash clothes in cold water, and use cold-water detergent whenever possible.

Replace incandescent light bulbs with LEDs, which use at least 75 percent less energy.

If you have an electric water heater, sign up for our Peak Time Rebate Program, and save $48 per year on your bill.

If your business is interested in partnering with FEC to provide electric vehicle charging for employees, customers, or the public, please complete this brief survey. 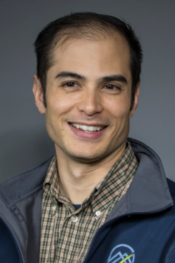 I’d like to think that I bring a great service attitude. Early on, my parents drove into me to treat everyone with respect and dignity. I’m easy going and maintain a positive attitude even during the worst of storms. Working in Dispatch can get pretty crazy, but I just stay calm and work my hardest so that members can have their power restored as soon as possible. I have a B.A. in Public Administration from San Diego State University and worked in the hospitality industry before moving to Montana. I was hired by the Co-op as an Operations Clerk in 2008 and eventually got a Dispatch Apprenticeship, which I completed this year.

What’s the best thing about working at the Co-op?

The best thing about working here is the employees. We really have a great group. I love seeing how all departments tie together; similar to how organs in the body all have their unique function and each one is vital to keeping the whole body going.

My super power would be the ability to teleport. I could avoid busy airports, travel costs and being stuck in traffic. I could live on a remote tropical island and still be able to go to any store or restaurant or spend time with friends and family. In essence, I could be everywhere almost at once. 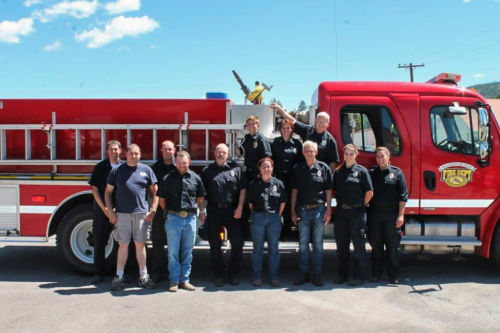 A $6,000 grant from Roundup for Safety was awarded to the Marion Fire Department (the second largest geographical fire district in the Flathead Valley), for thermal imaging and multi-gas detection equipment. Chief Katie Mast says the grant will have a tremendous impact on public and responder safety.

“The multi-gas monitor will allow our firefighters to detect hazardous gases, including carbon monoxide.”

Mast says the thermal imaging equipment has a number of uses, but will detect residual heat in a closed wall for example, eliminating a potential hazard for occupants; and can help discover an unresponsive patient. Mast says they are very grateful to members who allow their bills to be rounded up for safety so they could receive this grant.